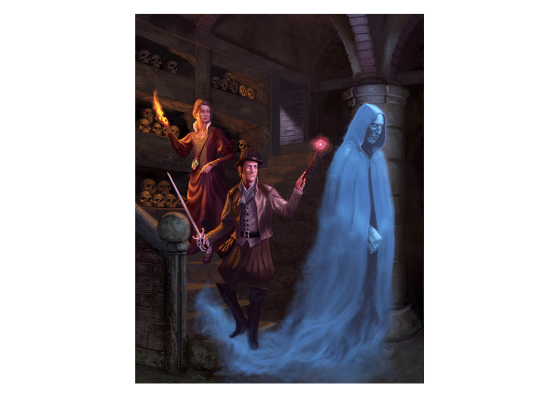 Hello everyone, welcome.  Today I am going to be talking about a roleplaying game that is coming to Kickstarter this July.  It is called Magonomia and it is a game of wizardry in renaissance England, at the height of Elizabeth I power.  This post will, unfortunately, be light on imagery as there isn’t much available original artwork for the game yet, but what it will have are a couple of videos and my thoughts.  The first is a launch video outlining the game.

I heard about this game when I was at the UK Games Expo this year.  Breakfast was busy, and one of the other attendees asked to share my table.  He got to talking (And boy, could he talk!  All good, of course!) and he mentioned his friend, Andrew Gronosky who was developing a game about wizardry in Elizabethan England.  I was intrigued so I visited Drive Thru RPG where the starter rules are available pay what you want to get a flavour.

So, I said I was intrigued.  I love the idea of playing a wizard in the Elizabethan era as there is a lot of historical stuff to dig into, reformation of the Church, scientific discovery, Spanish attempts at dominance, exploration and so much more.  Add wizards to the politics and magic to the exploration and discovery and you simply have a recipe for wonder.  I was intrigued by the use of the Fate rules system, which I have not encountered before in all honesty, but after reading through much of the starter guide I can absolutely see the appeal for me in its use of narrative over mechanics.  However, I promised you videos and here is the second one.  I was fortunate enough to be able to interview Andrew.  So, rather than me outlining other points about the game, why don’t you watch and get it straight from the Dev’s mouth.

I am actually really excited to see the Kickstarter going live, and as I mention at the end of the interview I will most definitely be backing it.  I’m going to reiterate a few of the reasons why.

No Kickstarter exclusives other than advance access to the rules  (I know some folk love KS exclusives, and I also know others feel hard done by if they miss out)

I think we can all get behind the idea that every player at the table shares in the responsibility for making a game fun for everyone.  And if you can’t…feel free to leave, this website isn’t for you.

So, that is a bit about Magonomia, a game of renaissance wizards where a failed dice roll does not mean that you failed to cast your spell…it just means the unexpected happens.

You can check it out more on the Shewstone Publishing Website.