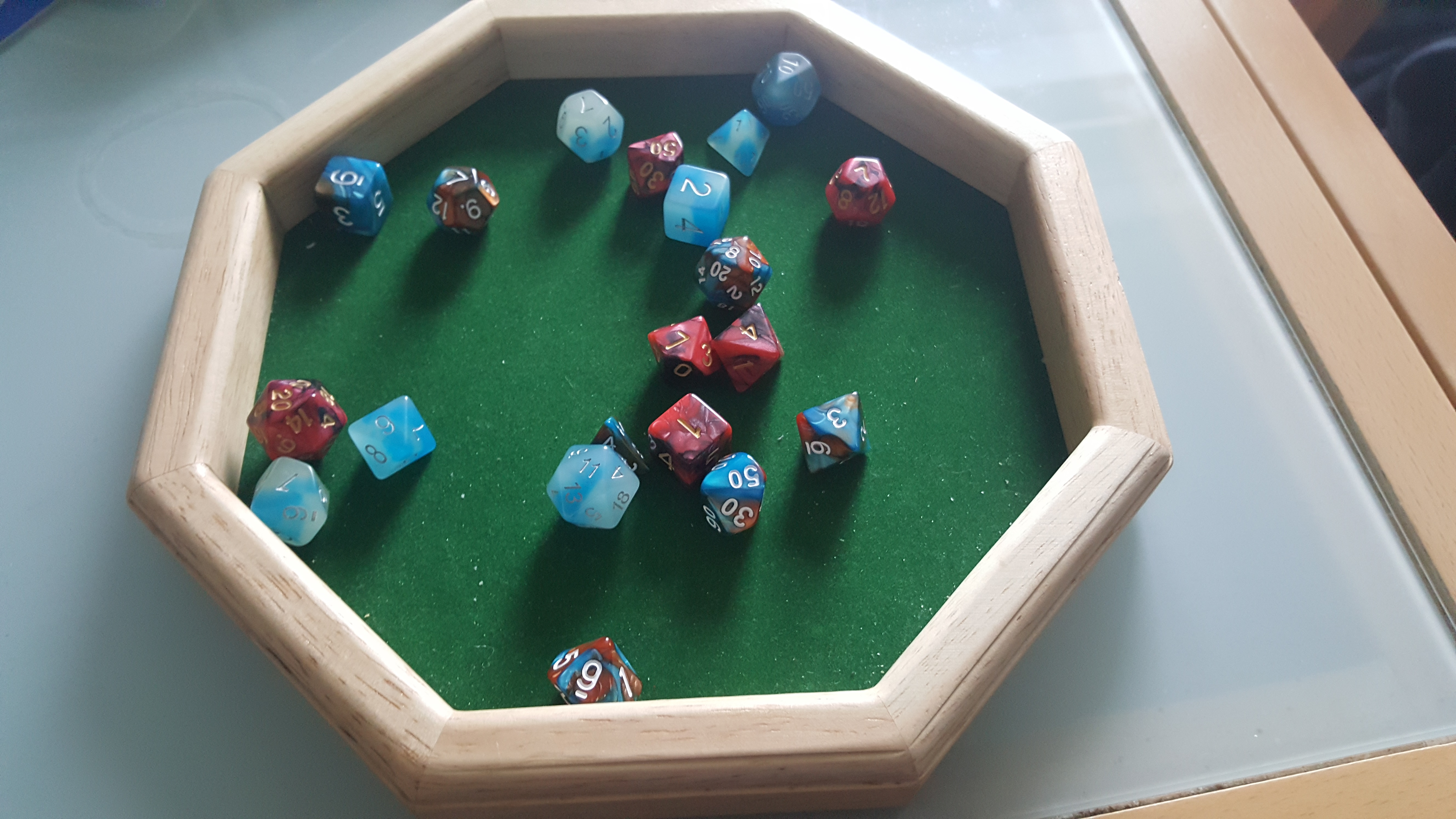 Something has been weighing on me for a while with regards to the way some folks run roleplaying games, the effect they have on their players and the response this generates from the internet/commuity.  This was brought into sharp focus for me as there was an incident at this year’s UK Games Expo of which I was a member of the press pool.  I am not going to talk about the specific incident as it has already been dealt with by Expo staff, covered in national press and then covered by the internet rapid response machine in getting everyone’s angry opinion out there.  Suffice it to say a roleplaying game was run where a scene was introduced with no warning (or indeed player agency involved) that caused upset and when it was investigated by Expo staff, was deemed to have been in violation of their terms and conditions for running games under their banner.  The games master was ejected, lots of angry voices wanted to lynch him and other angry voices defended him.  Like I said, I am not going to talk about the specifics of that event, I wasn’t a witness nor did I speak to the players or staff involved.  I mention it only to give context as to why I am writing something that is a little bit off brand…though not entirely.

By off brand, what I mean  to say is I try to write about the positive elements of gaming or present it in a positive light and where I feel I can, I try and provide some expertise so others can learn from my mistakes.  I have categorically refused to use this website as a platform for ranting and condemnation, even knowing such a platform would be more popular than my brand.  Emotion often resonates with the masses more than facts.  This all being said I wanted to talk about Shock, Horror and Gratuitous/Difficult/Upsetting scenes in roleplaying games as whilst I don’t think my opinion will be universally popular, I think it is important to take a reasoned and calm approach to difficult subjects and to set as best an example as you can.  And as my game of choice is Vampire: The Masquerade or Vampire: The Dark Ages I feel that I have more experience with horror and shock value than an average Dungeon Master who has only ever run Dungeons & Dragons.

Some of my opinions on this issue stem from mistakes I have made in the past when running games.

There is a culture in the content creation industry whereby some folks feel the need, sometimes pathologically, to surprise and shock their consumers.  As a consumer of content, I like being surprised (when the surprise makes sense) or even shocked when the subject is horror, so I understand why this culture exists.  However, over the last years I have been hearing of more and more instances (usually through facebook groups that I am a member of) where a games master is complaining that they have run some sort of adult/horror/shocking scene in their game and it has upset the players.  This has often been followed by statements along the lines of “It’s only a game”, “It isn’t real”, or “The game is a horror game and you knew what you were getting into”.  I’m going to spitball a short list of topics that might cause upset in a game.

Where I have seen such a scene being talked about on facebook there is often an incredibly polarised argument about whether what the games master did was within their right, or clearly the work of a sadist.  There are sometimes some reasonable responses in there but they tend to get drowned in the vitriol.

I guess the ultimate question is, “Is it acceptable to use shock, horror and graphic/gratuitous descriptions in a roleplaying game to add an extra layer of horror (or other genre) to your story?”

Personally, I don’t think the answer to this one is especially surprising but it is not one that is simply a black and white issue.

Is it acceptable to include the aforementioned (and other) themes in a roleplaying game to add to the story?

Those most vocal defenders of this method of storytelling will say, yes, it is just a game.  It is just fiction.  Of course it is acceptable.  Take a step back and when you look at other art, other media and other methods of experiencing stories all of these things exist in abundance in TV, movies and books already.  Roleplaying Games are simply another way of consuming media.

I actually agree with this up to a point.  It is acceptable to include sensitive material in games that are of a horror nature.  However, I do not believe it should be done lightly or without due consideration.

I recently purchased the 7th Edition Keeper Rulebook for Call of Cthulhu and was reading it in order to be able to better run the game, a horror game by the way.  And this one paragraph stuck out to me when I was reading it.  It was no surprise, of course, but the final sentence seems to be something some folks at some tables have forgotten.

Remember, the object of all of this is to have fun!

I’d go further and rephrase to

remember, the object of all of this is for everyone (at the table) to have fun!

In a horror game, does some of the fun come from gore, grotesque and shock?  Yes.  It can.  Here is the point often forgotten (or ignored).  Not everyone finds the same stuff fun.  And whilst it certainly falls into the remit of the games master to balance fun for all at the table, there is an unspoken responsibility of all the players at the table to make sure that those they are gaming with are also having fun.  I suspect that would be difficult to specifically find in a rulebook but it boils down to not being a twat to the person sitting next to you.  That’s a useful transferable life skill by the way.

So, how is this all achieved?

Well, I have said it before and I will say it again as it is worth repeating.  You have a discussion before a game starts about expectations.  The Games Master can set out the type of story they want to tell, and players can discuss their expectations.  I watched a video recently by a youtuber and gamer vlogger who was interviewing a gamer who had run a game that had caused upset.  I wont link it as I came away from the video quite angry at a couple of the things said, and consequently I don’t want to promote him.  The Interviewer was talking to the games master and the discussion turned to setting expectations, trigger warnings and X cards.  (X Cards are used by some games masters, given to players in games with sensitive material, as a way for a player to indicate something in the game is upsetting/troubling to them and they would like it to be toned back.  (for instance to have the GM stop their visceral description of a ritual murder/slaughter, and instead tell the players they have found some brutally murdered people) This method of signalling allows a player to signal their discomfort even when articulating it might be hard, or even embarrassing.  The reason I was angry was because the video referred to the X cards and trigger warning culture as insidious, and then diminished trauma as “issues”.

So, I could rant about that… at length…but it would be pointless.  Those of you who agree with me aren’t going to agree anymore if I get all vitriolic.  And those that disagree are not going to be persuaded.  And if you are on the fence about warnings to prevent upsetting people, um I suspect a reasoned argument won’t move you either.  Personally I think that disclosing the broad themes of a game prior to play is responsible in the same way that a movie broadly discloses the content.  You don’t (or shouldn’t) complain about a movie content if, before it starts, it has a warning stating that it contains scenes of drug use, swearing and violence from the outset.  You wouldn’t complain if it was more specific if it referred to the violence as sexual assault (and by this I mean you wouldn’t complain that it was spoiling the movie.  And if the theme bothered you, you could leave the movie theatre or change the channel).  So, why would it spoil a game to say that (using Vampire: the Masquerade as an example)  the game contains scenes of hunting, feeding and the depraved behaviours of vampires succumbing to their predatory nature? (or in the case of a scene I ran for a friend of mine, the absolute horrors of the world of darkness – he whimpered in that scene, but wasn’t upset!) It doesn’t spoil the plot, but it does responsibly warn the players that the subject material is dark.  Players can then choose to continue or not.

I don’t personally believe every person who runs a game out there that runs a shocking scene is doing it to upset people.  I’d be very surprised and disappointed if that were the case.  Instead, I think they are wanting to shock, yes, but also surprise and entertain – which is admirable – but when you are dealing with sensitive subjects, dark subjects, you really do need to give proper care and attention to how you deliver it, show respect for and have the consent of your players.  After all, if the purpose of playing a game is to have fun, and you charge ahead and run a scene knowing that it is going to upset one, some or all of the players, then you’ve actually failed at the purpose of playing a game.  Do horror.  But do it responsibly.  Do it with folks you know.  Do it with folks who are aware of what they are getting into and have given informed consent.  Be prepared to tone it back if someone raises their X Card.

Those are my thoughts.  Whether you choose to engage in horror type games or other, darker games than your standard dungeon crawl, I would ask you to take one thing away from this post.  The purpose of gaming is to have fun.  For everyone to have fun.  Keep that as your motivation and you’ll probably have a better chance of running a game that doesn’t upset your players.