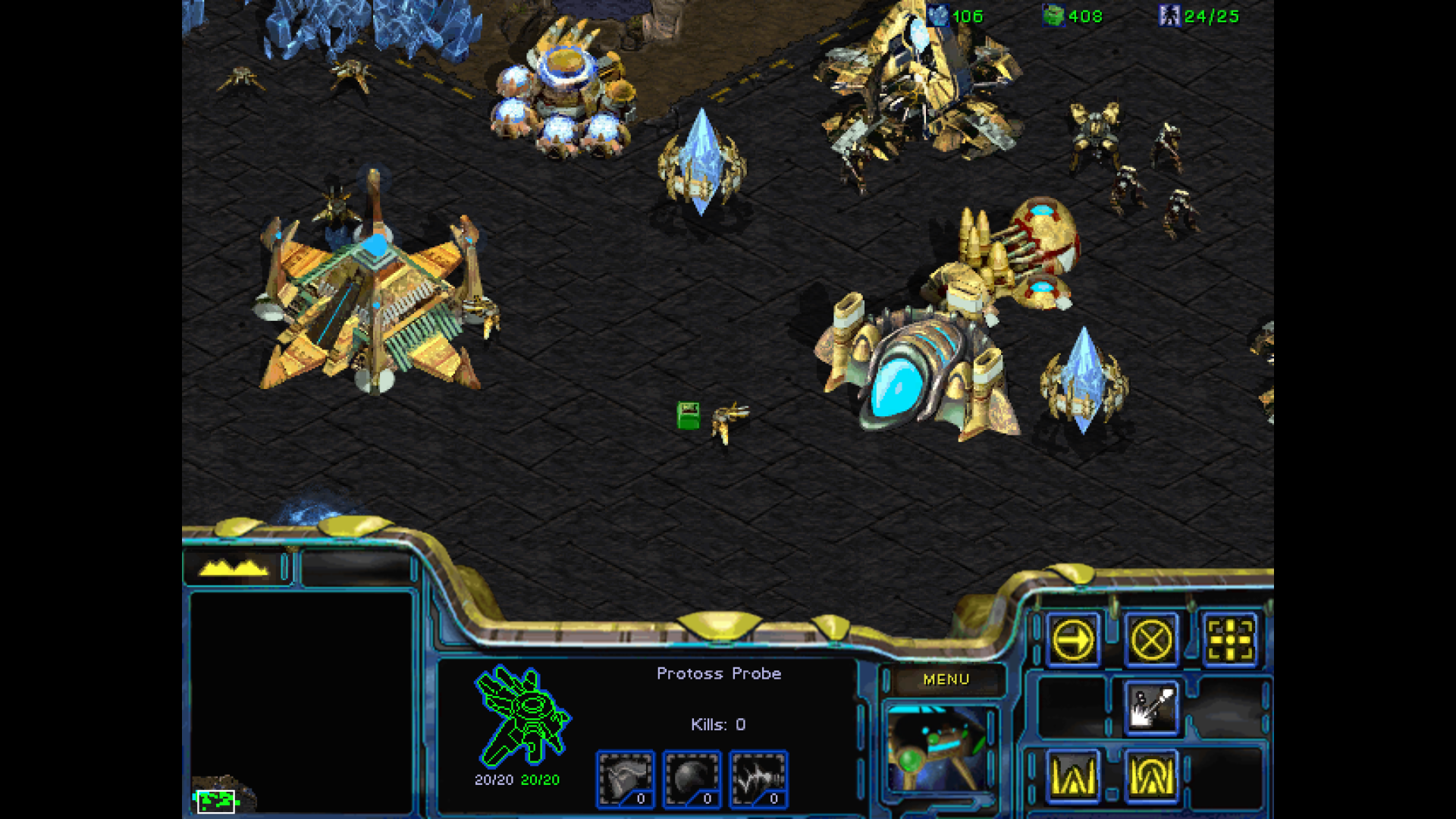 Yes, that was a bit different wasn’t it?  As you will have noted from the greeting and the title, this article is about Starcraft.  A retro favourite of mine that I rediscovered recently when a friend started trying to the soft sell of the new DLC for World of Warcraft, Starcraft is an old school real time strategy at its finest (which is available through Battlenet, the same as World of Warcraft – that is the tenuous link).  And I thought I would talk about the game a bit and see where that got us.

As yet, I have not been able to record a session (not sure why, the recording software just keeps crashing).

So, Starcraft, similar in style to the old Warcraft Games (Which I never really played, if I am honest), where players start with a building and some construction/harvesting units and then play a skirmish across the map.  Of course, the game has a full story driven campaign which I will get to in a bit more detail later.  So, lets look at the various bits that I like.

Now, bearing in mind I have only played the game a couple of times since rediscovering it, so much of this is from memory.  There are three factions to play, the Nomadic Terrans, Parasitic Zerg and the Advanced Protoss.  Terrans are your standard dystopian sci fi combat units, Terran marines and their support walkers, heavy tanks cloaked fighters (that was pretty cool) and battleships.

The Zergs are the race I remember the least but I remember them being a race that grew their own buildings, spread across the planets surface like a plague and had floating control brains called Overlords.  Spawn more Overlords!

I have over simplified these somewhat but that is the idea.  My favourite are the Protoss

Each faction has fairly standard base construction element.  You have a command facility where resources are deposited and constructor/harvesters are built, and then basic combat unit production and upgrade facilities which eventually lead to larger facilities – such as the Protoss Stargate.

Starcraft has a pretty decent musical score accompanying it, however what really set the audio apart from other games for me was the vocals from individual units.  Again, I’ll focus on Protoss here, with Zealouts arriving and declaring things like “I Long for Combat” or “My life for Aiur”.  My favourite of the Protoss, I think comes from the Templars and that is their greeting, “Entaro Adun”, though playing the game and hearing “Carrier has arrived” gives me a little buzz.

The gameplay is straightforward with players having to manage their resources to build a combat force.  I like to build up a solid base with canons as quick as possible as I know the AI will attack in the first 20 minutes or so.  I also know the cannons won’t be enough so I like to have a defence team guarding the facility, which in conjunction with the cannons can usually hold.  I also like to send out shuttles with constructors to build secondary bases to speed production but also provide a plan B, just in case my starting base falls.

There are three campaigns, Terran, Zerg and finally Protoss that tell a story about the evolution of a Zerg Overmind (I think, it has been a while).  You start as a Terran colony commander dealing with Zerg on the frontier, working with some less than desirable types going through a really cool story where you participate in the change in Government of the Terran Alliance, see a valued colleague fall to the Zerg and become one of their most potent weapons, and eventually leading a faction of Protoss against the Zerg using the teachings of an outlaw, named Tassadar.  The story is fantastic and is reinforced for the player via use of some of the finest cut scenes of their time.

That was one of my favourite cutscenes in the game, quite far on into the Protoss Campaign where a Protoss Force returns to their homeworld with a Terran Ally, in response to a massive Zerg Invasion.  I can’t show my favourite one as it has spoilers.

I don’t recall buying Starcraft on Battlenet, so it is entirely possible it is free to download.  If so, then I recommend it highly whether you are Terran, Zerg or Protoss.  My life for Aiur!