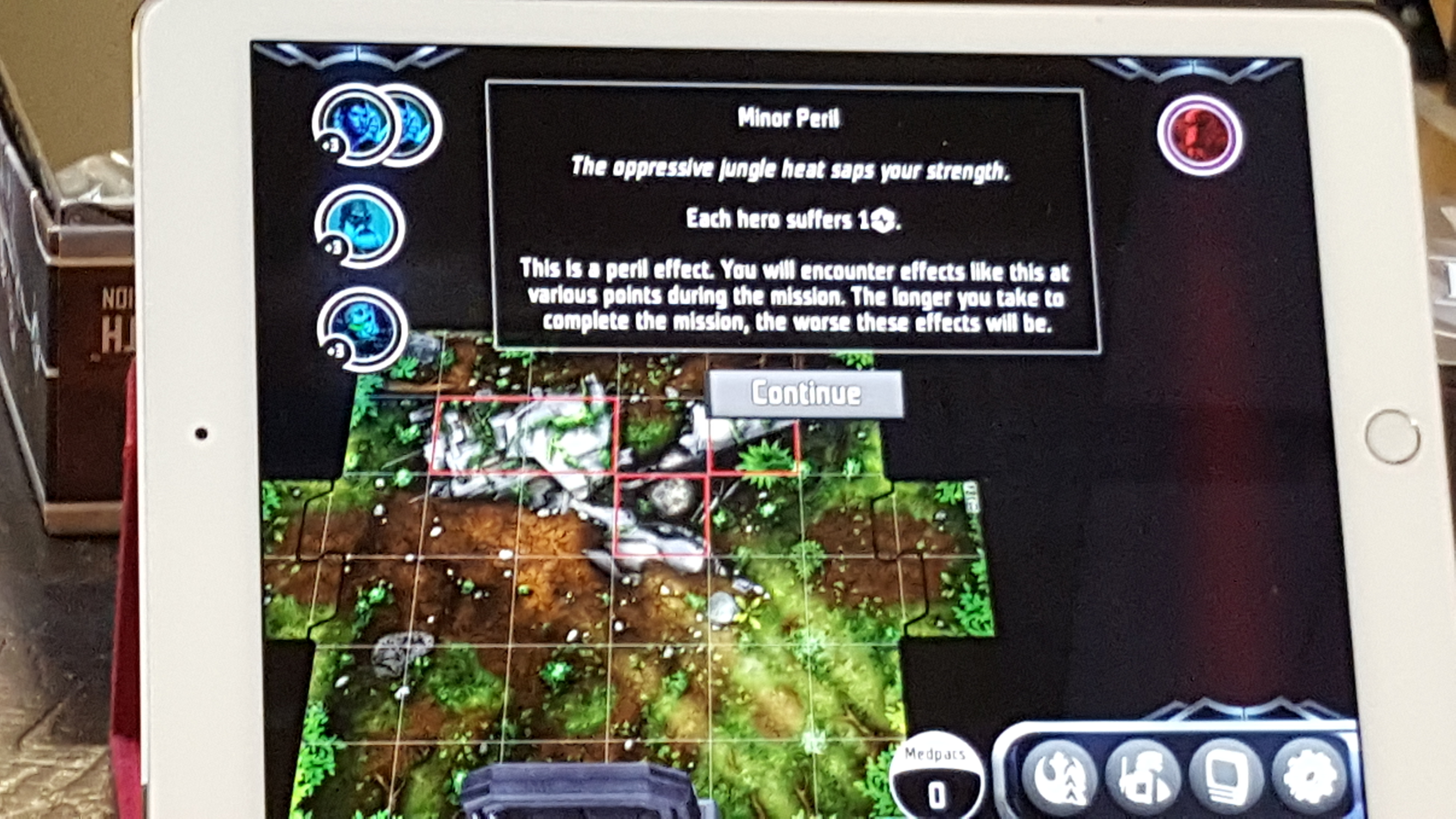 Hello everyone, welcome.  Today I am going to be talking about Imperial Assault, the Star Wars themed Descent Clone that has been out for a while now.  To call it a Descent clone is perhaps doing it a disservice in some folks eyes, but on the other hand, I love Descent so in my mind it is no bad thing.  In Imperial Assault, as with Descent, players pick characters that have character sheets with abilities and upgrade decks that become unlocked as players complete missions and gain XP.  Items can also be purchased from vendors between missions further adding to the customisability of your character meaning, in theory, no two games are ever the same.  Standard Imperial Assault also has an Imperial Player who runs the scenario like a Games Master, and who can upgrade their abilities with experience as well over the course of a campaign.  All of this is great fun, however now that the context is over with we are going to throw it out the window and discuss Legends of the Alliance.

Legends of the Alliance is an app published for use in Imperial Assault which has the effect of making the game entirely cooperative, by removing the need for an Imperial Player.  The App controls the Empire and dictates the scenarios.  I have to say, I was a bit apprehensive about how free flowing the game was going to be.  There is a similar app for Descent and I gave it a try, however I found myself spending ages looking for creatures and tiles as I had uploaded all of my Descent Stuff into the App, which meant anything could be generated.  I mentioned my apprehension and Stuart, the owner of Imperial Assault, assured me that he hadn’t uploaded all of his content so we would be limited on that front.  This allayed some of my concerns so we got to picking characters.

I chose Mak Eshka’rey, the Bothan sniper.  Many Stormtroopers died to demonstrate how good a shot he is…

We loaded up the app and it informed us that we were doing a training exercise on Yavin 4.  The app ran us through how we could activate our characters and how to tell the app we had done so.  It also instructed us how enemy forces would be controlled and we got the hang of it just as the app launched into Story Mode.  You see, the game started not long after the Death Star was destroyed by Luke Skywalker, and naturally Imperial Forces were going to show up wanting payback.  But I was ready…

Stuart and Jonathan took their respective characters, whose names I cannot recall but were basically a Twilek wannabe jedi and a bald rebel commander.  In the first turns we were up against several waves of Stormtroopers.

Our wannabe Jedi held them back whilst I ran away to get into the best sniping position, whilst the commander took potshots with a blaster and used his command ability to give the two fighters extra actions.  This proved relatively effective though the Stormtroopers were as hard to eradicate as Hydra.  And then they had reinforcements.

Imperial Probe Droids appeared, and after the obligatory 5 minutes of three grown men mimicking the noises of a probe droid, they got stuck in shooting us and then hovering near us so they could explode.  Our Twilek Jedi took the brunt of the explosion.  However, we were rebels and we kept pressing on, even when more Stormtroopers and droids appeared.  We had to get to the sealed bunker door.  What was particularly cool was when we tried to open the door/told the app we were opening the door, it halted us and had us do a check (engineering I think), because it was sealed.  If we had not passed the check, undoubtedly the door would have remained shut and another wave of Stormtroopers would appear.  Of course, we passed and the app gave as a bit more story.  We needed to grab some medical supplies to load onto evac transports as we were abandoning the base.  To add flavour, Darth Vader appeared in the text cutting down other NPC rebels just off the board in a similar fashion to the end of Rogue One.  Fortunately, we didn’t have to face Darth Vader.  Only 2 Royal Guards.

I have to say, that felt a little heavy handed and dirty tricky by the app.  I struggle with the idea that Royal Guards would show up at Yavin 4.  But the app decreed they did, so they did.  They were on us quickly and our severely battered Jedi, having only just managed to recover some health with a medpack, held her ground one final time delaying the Royal Guards so that the commander and I could shoot them to pieces.  Which we did.

Having defeated the Royal Guards we ran into the supply room grabbing as many vital supplies as we could before boarding our evacuation transports.  Despite taking a lot of wounds, we all made it out and counted it as mission success.

However, the fun didn’t stop there.  The app told us we could level up our characters by selecting from some of our abilities, and gave us access to vendors.  If I recall we got an upgraded stick for our Jedi to hit things with, a sniper scope for me and an improved barrel or blaster for the commander.  The app then took us on a mini RP mission where we met a smuggler ship in deep space, giving us choices as to how we respond to various dialogue prompts.  It wasn’t exactly true RP but it was a nice little touch, helping us have some story encounters in between missions.  Am looking forward to the next time that our Unit, the B Team, get to go up against the Empire.

2 thoughts on “Imperial Assault – Legends of the Alliance”