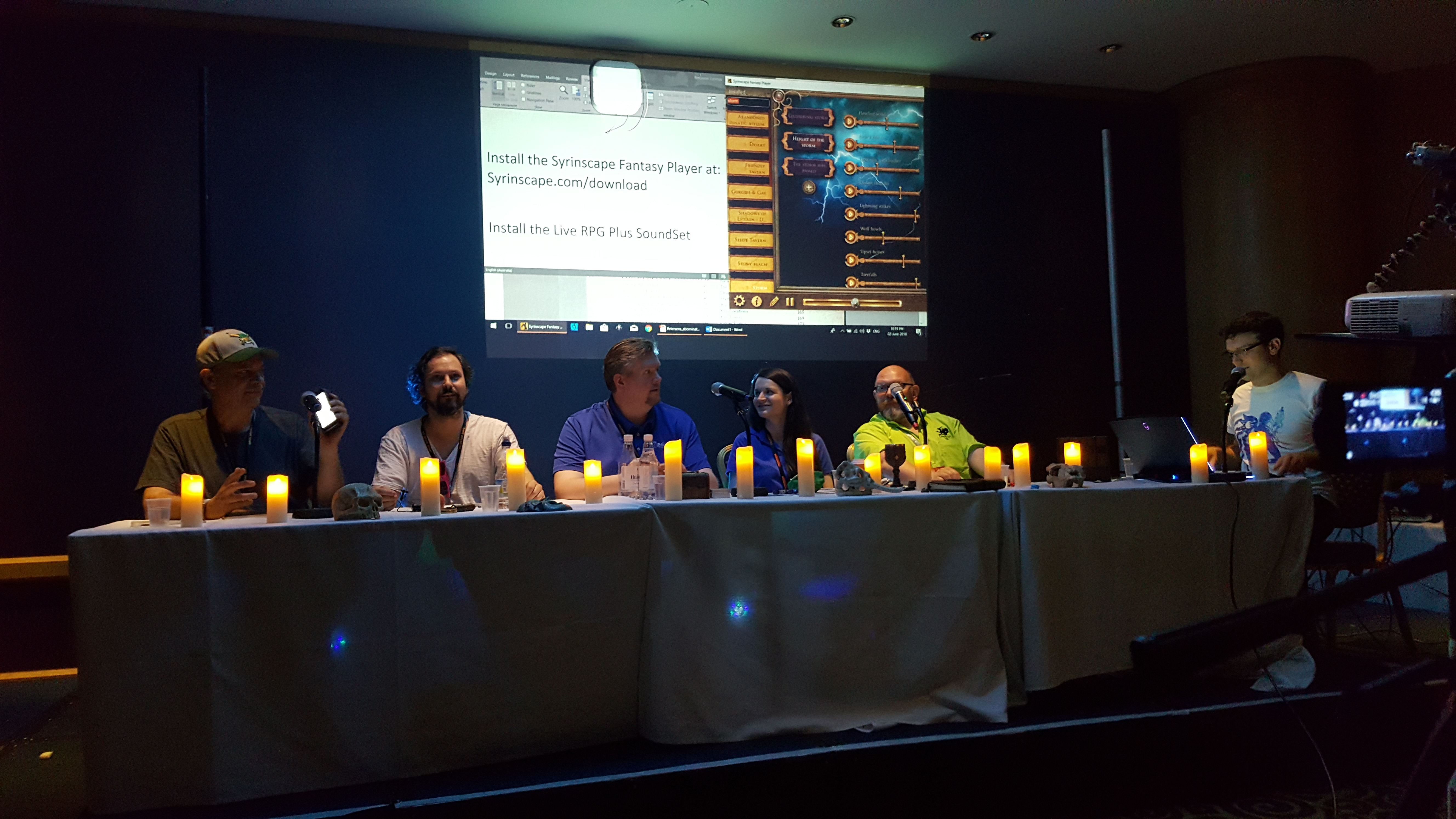 Hello everyone, welcome.  Today’s post is about one of the shows, Live RPG Plus, I attended at the UK Games Expo 2018 earlier this month.  I won’t be writing an awful lot as it was a live show and I was permitted to film the entire thing and my little camera did an admirable job.  However, I will provide a bit of context for folks who don’t know what Live RPG Plus is.

Live RPG Plus is a show put on by Syrinscape, a company that produces soundboards and sound effects via computer, smartphone and tablet to increase immersion in roleplay games.  (I did notice there is a Syrinscape Player for boardgames, available from their website but haven’t checked it yet).  I grabbed the fantasy player and got the free sets and the haunted house sets, just because I could.  The Live RPG Plus show is a live game, in this case Call of Cthulhu, GM’d by Ben Loomes – CEO of Syrinscape.  Playing the game are a number of famous(ish) Nerds.

Pictured left to right on the featured image, and in the video (though I didn’t get a wide enough shot to get the extreme wings all the time).

Mike Mason, Line Editor of Call of Cthulhu at Chaosium

Before you watch, know that the game has a definite plot (and is a legitimate Call of Cthulhu Scenario), however as the Live RPG Plus Show is for entertainment (and short by RPG standards), the game was more funny, and speedy than horrifying.  And the humour is reminiscent of what I would expect at a fairly well behaved gaming table.  Disclosure complete, click the video and enjoy!  I certainly did.

All the best!  Until next time!

3 thoughts on “Live RPG Plus”