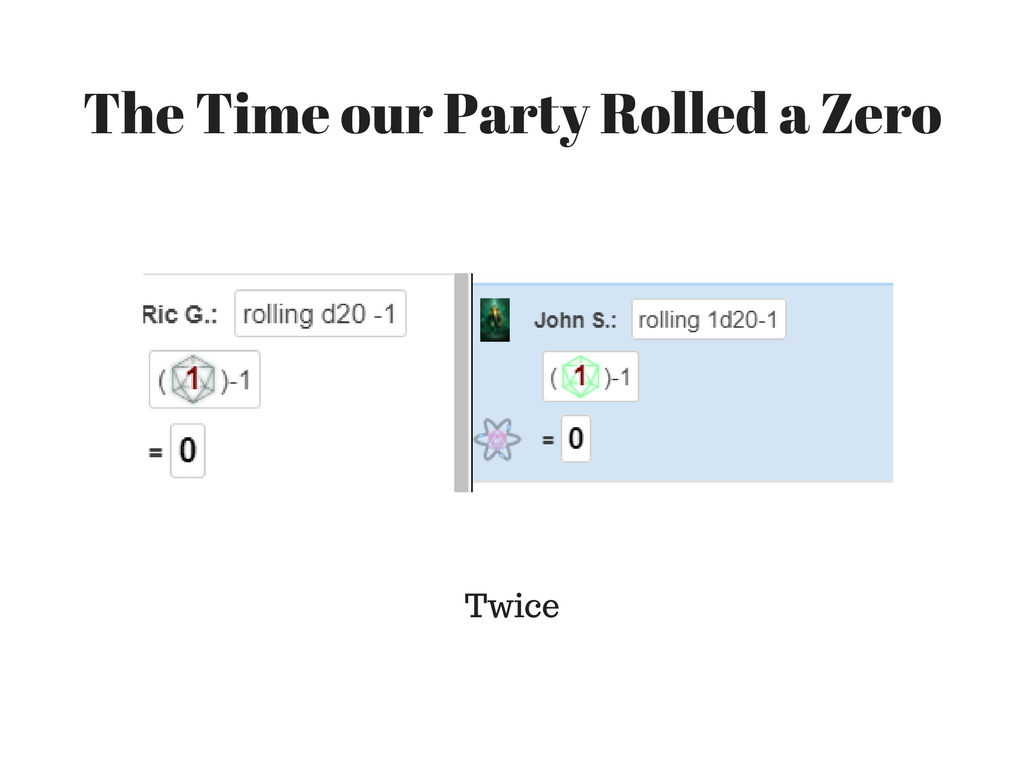 Hello everyone, welcome.  Today I just wanted to tell you a story about a DnD 5e experience I had with my Edinburgh friends.  I am not going to be giving you a blow by blow of the game, nor will I be writing a series based on this.  I just thought stuff that happened was highly amusing and wanted to share it.

In this game I am playing a level 3 Dwarven Fighter (Battlemaster Protection Specialist) called Hadrin Coraldeep.  We have been playing this campaign for nearly a year now, much of the game up until now has almost been pre-amble and prelude up to the point where we, the players, formed a guild of adventurers called “The Liberated”.  We were in the town of Ravenspire to form the guild and also get some information about an entity of extreme power, called The Hunter, that was pulled onto our plane by Vernon – a Crown Guild Mage in our care.  We had been in Ravenspire for a couple of days and our paladin, Koivu the Goliath had gone missing again so we decided to have a look around the city for him as our first contract called for a bit of major monster hunting and we wanted his muscle.  Technically, I should have been able to tank any monster but my character also happens to be the Heir Apparent to the Coraldeep clan, which is currently undergoing some internal strife and is embroiled in a war with several other dwarven clans as a result of our smuggling a Riptide Drake into our rival’s capital.  A Riptide Drake is a reskinned Dragon.  Think living tidal wave.  And if you want to know what I mean by reskinned, check out my post on reskinning things HERE.  Since I was a target I was forced to ditch my heavy and easily identifiable armour in favour of whatever leather crap I could find.  So, we wanted the Goliath to help with the monster hunt.  I designate this Operation Meatshield.

After checking the places we thought he might be, I remembered that Ravenspire was formerly a Skaven City and that in this city they are actually quite friendly (unless you screw with them).  And as they were obsessed with learning to read and write they traded favours for paper.  I spotted some Skaven and chased them down, and was able to grab their attention long enough to ask them to look for Koivu (That will probably backfire hilariously when they start bringing ogres to me by mistake).  The reason I mention this is because this led me to a shop called “The House of a Thousand Ponies”.  Some of the finest beasts my character had ever seen were on display outside, under the care of a truly ancient and flatulent orc.  In an attempt to make allies and also get some funds, I made friends with the Orc and he offered to let me clean his stables.  I considered this.  My sorcerer guildmate, Micah, was present and the last time I was covered in goo from a battle he cast Prestdigitation to clean me, right before I jumped in a river.  I suggested to him we might make some money quickly cleaning the orc’s stables using that.  He was, unsurprisingly, unenthusiastic about this idea.  After a bit of haggling, we decided it would be much better if he continued looking for Koivu and I used a shovel (Charisma not my strong suit).  I am telling you this story because this is also the game where Hadrin had to wade through excrement.  Twice.

The Orc offered me an entire gold piece for one night’s work mucking out his stables.  He had 1000 ponies.  Guess how many stalls there were?  After wading in and becoming increasingly disheartened at my idea (and at this point relishing the idea of being torn apart by a Hippogriff), I declined his offer.  My guildmates were attending a concert in the city that evening so I knew I could find them there, but I figured I should find a river first as the Orc was flatulent, incontinent and no one had mucked out his stables in a long, long time.

One bath in the river later, I returned to Ravenspire to find my Guildmates.  They were already at the concert.  Now, to give context, the concert was a Half Orc and a Choir singing the most beautiful music anyone has ever heard.  The description from the GM was amazing as the music spoke to every player/character differently.  One of the other dwarves in our party, Subotai the Ranger, was already at the concert and told the GM he wanted to get closer.  He made an acrobatics check.

He rolled a natural 1 and his skill modifier was -1 giving him a zero.  The first time in 15 games that we have seen this before.  This caused much laughter from all players as Subotai not only failed to get closer, he got bounced back by a Dancing Orc, who would have become an angry picking a fight Orc had he not been entranced by the Music.  Either way, Subotai fell on his backside.  Micah was already at the concert, and managed to get closer as did Gunthrun.  Gunthrun is a Dwarf of the Coraldeep Clan that I helped liberate from slavery early in the campaign, who was not a part of our guild but was sticking with us until we could send him home.  He had spent the day seeing the sights of the city, and wanted to spend his last night here at the concert – one last big bash before he got to go home.

You are waiting for the other shoe to drop, aren’t you?  Yup, the GM is that evil.  Gunthrun got closer to the Choir and was enjoying his time right up until the point everybody lost track of him.  (Not I.  I was bathing.)

I arrived hearing much of the concert and attempted to rejoin the group as the crowds were dispersed.  That was when we found Gunthrun, dead near the stage.  I then became distraught and barged through to check if he was alive, which we determined he was not by ramming goodberries into his mouth until they actually started spilling from other parts of his body.  I was mindful that I was a target, so after determining he was definitely dead I called for an investigation check for foul play.

Natural causes, definitely natural causes – Trampled in the crowd.  All joking and banter ceased and the party helped me bury my clansman outside the city, with me saying a few words.  We had another comrade, another Coraldeep Dwarf called Draven who was basically my bodyguard/spy/whatever, in our guild waiting back in our lodgings watching over Vernon, who was still ill.  I told Micah and Subotai that I needed to speak to Draven, which they agreed to but they also decided they needed to do one last sweep of the streets to make sure Koivu wasn’t also trampled to death.

I returned to our lodgings, a subterranean hotel, to find Draven pacing and alarmed.  He was relieved that I was alive, and he confirmed my out of character suspicions that in character I was too unobservant to notice (Intelligence also not my thing…).  Gunthrun was murdered, and as it transpires the murderer was led to believe, by Draven, that he was me.  I was the target and Gunthrun was offered up as a sacrifice.  My distraught state was replaced by anger and then the military training of Captain Hadrin Coraldeep of the Tidebreakers (He was in the Coraldeep Army before adventuring).  Draven outlined that he had gained some additional information about how things were going for our clan (badly) and that he needed to go out for more information.  He left and I remained to tend Vernon, mulling over who I could trust, changing my name or ditching my comrades entirely.  That was when Vernon spoke.  “They are coming…the servants of the Hunter…they are close, they are colourful…”

He fell into a coma.  Context moment.  In an earlier game I had touched Vernon when he was unconscious and recieve a vision of an island being destroyed by a huge beast, presumably the hunter.  The Hunter was attended by a horde of pink minons, one of whom noticed and taunted me.  I recalled this and immediately checked the area only to see a pink glow coming along the corridor towards our.  I locked our main door, hoisted Vernon into a fireman’s lift and ran out the other door, which happened to be into a hip deep river of filth.

Two rolls of a Zero.  And twice wading through excrement.  The evisceration that follows in the next game might prove cathartic…

The GM called a halt at that point and I will learn next time if I can escape or if I can kill my pursuer.

Fun game for all!