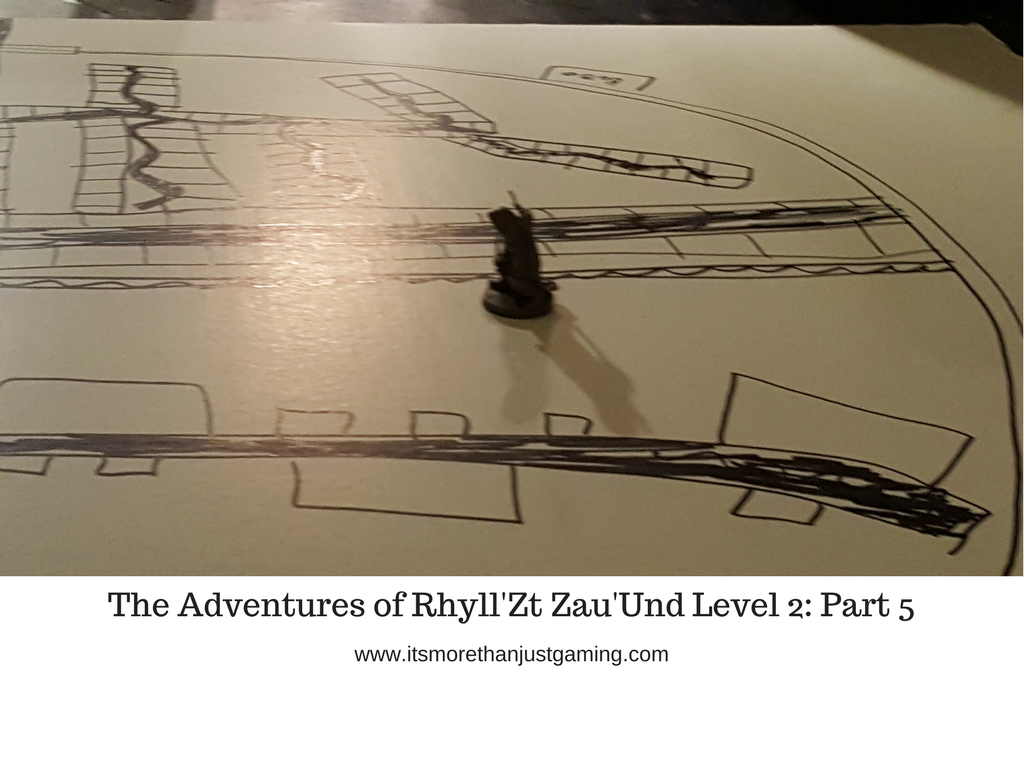 Hello everyone, welcome.  Today’s post is the latest in my DnD 5th Edition adventure, playing as Rhyll’Zt the Drow “Definitely not Drizzt” ranger.  In the last part I spent much of that section on a solo adventure, advancing my character’s agenda whilst our party patron connected with a vital contact, and we found out that our Gnomish associate Nyssa had gotten herself in over her head.

We all looked at the Gem in her hands, and most of us realised then and there that we had just inherited a world of trouble.  Nyssa’s stammering explanation did not assuage our concerns.  “I helped an old lady into town, you see.  I was worried about her that she might be robbed.  I got her in and passed her on to one of the guards and then I noticed she had dropped that gem.  And I wasn’t quite sure what to do, I didn’t want to be labelled a thief.”

“We must return it at once,” exclaimed Vuldin.  “Where was the lady going and we shall do it now?”

“She was going to the palace…”

“Then we must go to the palace immediately!”

That was when I interrupted.  “That is not a good idea.  It is late and frankly showing up at this point with the gem will just look suspicious.  And we don’t nee any scrutiny from authorities.”

“Have you been doing dishonest deeds, my new companion?”

“Our enemies are likely to have spies.  Even in noble institutions,” I nearly snorted at that, thinking of the guards laughing at a chicken, “as the city watch.  Perhaps we can get the gem back in a more private manner.”

The Dwarf nodded.  Everything I said was technically true, albeit used to hide a lie.  “Perhaps our wizard associate, the Patron, can help.”

Satisfied, Vuldin began regaling us, and anyone in the Tavern that would listen, with tales of his legendary exploits including his 4 hour stint as a member of the city watch. (You can read about his exploits HERE) I feigned tiredness and absented myself from the group passing by Nyssa, whispering to her as I passed, “Meet me outside in ten minutes.  I have an idea.”

I returned to my room and then slipped out the window.  I waited in shadows near the Tavern entrance, only to have Nyssa creep up behind me.  She still looked alarmed.  “What is your plan?”

I led her through the town to an alleyway across from the Cut Purse where Skip normally was.  “Go to our village, now.”

She looked at me blankly and the realisation dawned.   Our stones, gifted/cursed to us by the patron affixed themselves to our neck and we appeared outside Violet Springs, our village in its own pocket dimension.

“Ok, we are talking here as I don’t really want anyone to hear this.  You took a job today.  Presumably from the guild?”

She shook her head sheepishly and explained about the Jeweler’s shop.  “Ok, good.  It is better that he isn’t.  The guild probably put out the job, but your contact didn’t realise how hot the gem was and refused to take it from you.”

She nodded again.  “Ok.  I propose that we make the guild an offer.  One that allows them to save face, but also keeps the peace with the Conclave.  We may even gain from it.  I need you to wait here for 1 hour.  If I don’t speak to you within 1 hour, then return to our group and tell them that I am either dead or a prisoner of the Thieves Guild.  They can get answers from a Halfling called Skip.”

I shrugged.  “I’ll tell you then.  Best not to be too prescriptive.”

She nodded.  I returned to the Alleyway and crossed to the Cut Purse, ducking back inside to seek out the halfling once more.

He hadn’t moved from his spot at the back, and was sipping wine (probably the only person in the place drinking wine…).

“Not exactly.  Got a proposition for you but it needs to be private.”

“Intriguing.  I can do private.”  He led me to a back room and closed the door.  “Sit.  Tell me, what is the proposition.”

I took the offered chair.  “An associate of mine has taken a contract via an intermediary to steal a gem for the guild.”

“You’ll have to be more specific.  We steal lots of gems through intermediaries.”

“Smart.  Most of the time, however, a complication has arisen.  The broker refused delivery when he discovered the gem was the property of the Necassio Conclave.”

“The problem arises in that my associates and I are freelancers and one of our employers is a member of the Conclave.  And to be honest, there are just a few members of the group who’d hand it back with a crap explanation that would merely make folks suspicious of us.”

“I see.  I didn’t know you were connected to the Conclave.  That is complicated.”

“Do you have a buyer lined up?”

“The gem is in a safe place currently.  And my associate would pass it on to the guild, on a couple of conditions.”

“And now we get to it…what do you want?”

“Sell the gem back to the Conclave.  Call it a finders fee.  You can save face by blaming it on the broker.  He acted without your knowledge.  He needs to die.”

“That could work.  You are not telling me that is all?”

“It is not.  The Broker, the Jeweller called Mr Pringle – his shop will need a new owner.  My associate gains it as a finder’s fee.  Put a fence in there to run the day to day, and guild gets 10% of legitimate profits plus proceeds of fencing.  And you give me rank within the guild.  Nothing that requires me to stay in this city, but rank nonetheless.”

“We don’t want to shit where we eat, the Conclave probably wants it back and you don’t want a war.  Everyone gets something here.”

“Technically he gets killed, but if he hadn’t reneged on the deal he wouldn’t have betrayed us and you.”

“Excellent.  How long to arrange.”

“Come morning I can’t guarantee that my comrades wont try the law abiding way.  That being a possibility, Mr Pringle still needs to go.”

“And the deal with the shop stands regardless.  Wouldn’t hurt its reputation to be owned by an adventurer.”

“And I still get rank.  For increasing guild profits and providing another outlet to fence goods and wash your money.”

The halfling glared.  “Fine, now get out before I decide you have overstepped.”

I walked out of the Cut Purse, entirely without daggers in my back.  Another satisfied customer.