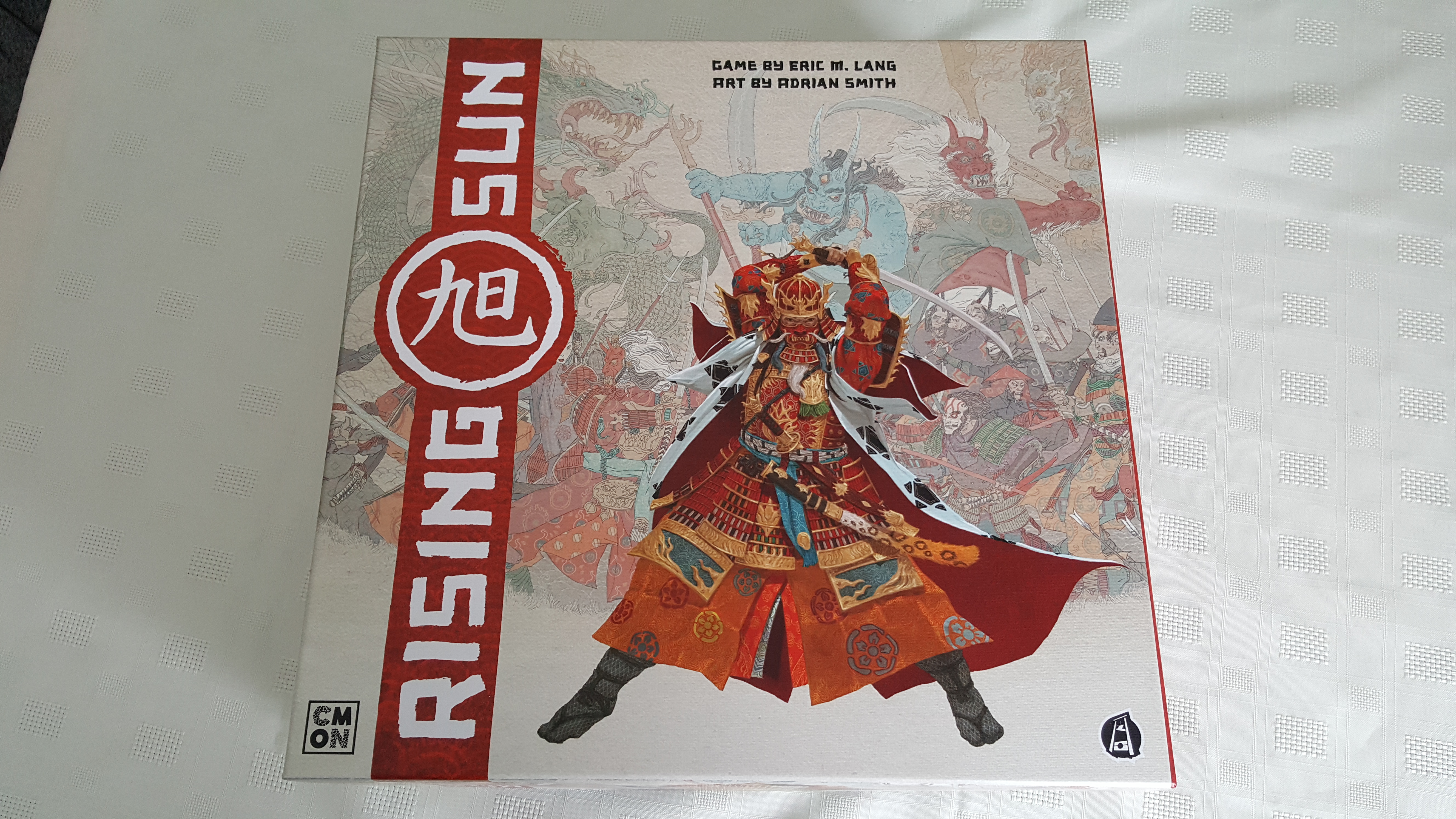 Hello everyone, welcome.  In today’s post I am sharing my unboxing video (with very brief discussion of some of the Gameplay Mechanics) of Rising Sun, a game produced by Cool Mini or Not and Guillotine Games.  I was actually a late backer to Rising Sun, so when everyone else was sharing photos of their copy I was still watching my mail box for shipping notifications.  Then, when it arrived, there was celebrations in my house.  Rising Sun is a game for 3 t 5 players , where players take on the roles of various factions from a legendary version of feudal Japan.  The object of the game is to get the most victory points to insure your rise to become the next Shogun.  This can be done in a variety of ways ranging from warfare, politics and praying to the gods.  Let’s take a peak inside!

I was attracted to this game as I don’t have anything in my collection quite like it, and the miniatures were just amazing.  I will be making future videos for the exclusives and extra content and you will be able to find them on this post (Bookmark it!).  In the meantime, as is customary here are some photos of the miniatures.

Each of the five clans has a Daimyo (Black ring around the base) that is their warlord, 3 Shinto (White ring around their base) that serve as warrior priests who can fight and pray to the gods, and 6 Bushi (No special abilities).  After them, I have included images of the monsters that can be summoned to fight for your force, along with their appropriate season cards.

And those are the miniatures you get in the core box of Rising Sun.  Pretty awesome, I hope you agree?  Yurei is probably my favourite, followed by the River Dragon, and then the Grasshopper Clan Shinto.

I did get some of the extras so I be updating this post as and when I get to them, so be sure to check back!

I will be sure to let you know my thoughts on the game when I get to play it!

All the best and bye for now!

3 thoughts on “Rising Sun – An Unboxing”