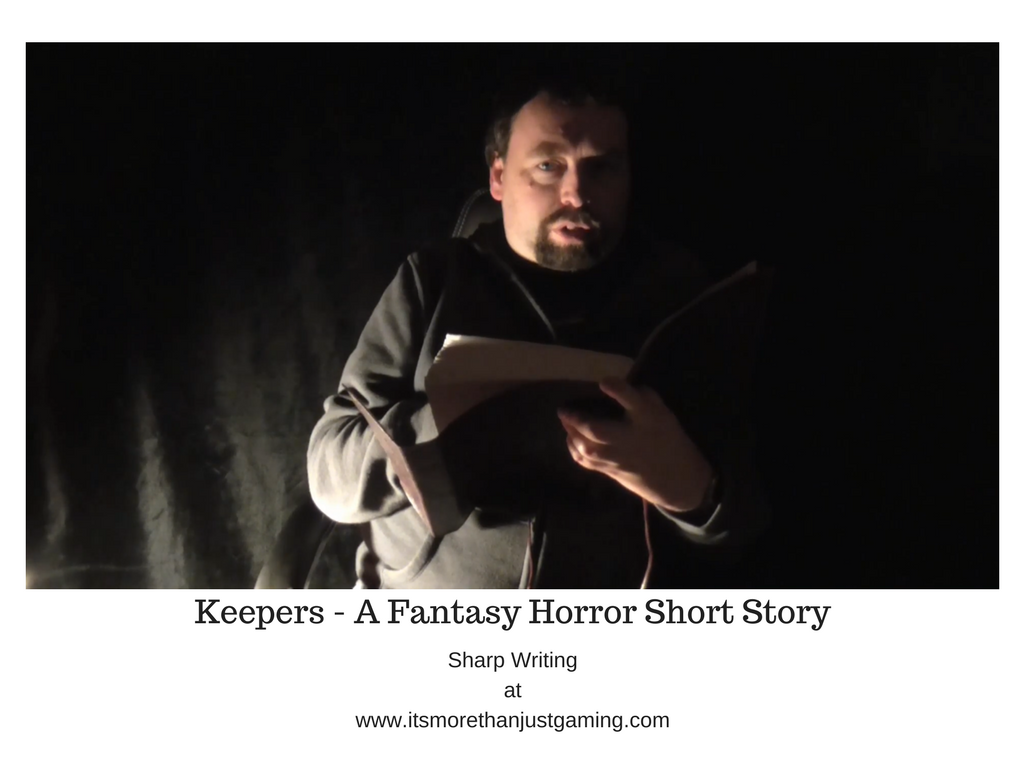 Hello everyone, welcome.  Recently I wrote a post about Automata and its use in the horror genre.  The post wasn’t so much a guide in its use, but a starting point to get you thinking.  This week I thought I would share a story with you that was relevant.  One of the questions that sprang to mind after righting the post is how do you use automata for the purposes of horror in your writing?  One of the things about automata is their blank eyes, but that seems more effective in visual media.  So, I had to think what other things do automata do that dehumanises them.  And I was reminded of a story I wrote a while back that uses one particular technique, which I know has worked on at least one reader before, to unnerve.  Here it is for your listening pleasure.  The story is called Keepers.

The story was written after I watched the movie, Outpost.  Outpost is a low(ish) budget horror movie with Ray Stevenson in it about a group of mercenaries travelling through war torn Eastern Europe as escort for a corporate eeutive whose company has just taken possession of a former Nazi bunker.  The Bunker was the main lab for one of their occult divisions, and basically the Mercenaries are attacked by Nazi Ghost Zombies.  I watched this movie as my friend Craig played one of the Zombies (He did some extras work when he was younger) and the outdoor/eastern Europe part of the movie was filmed about 20 miles down the road from where I live.  I found it really amusing one of the local villages was where they filmed “Ravaged Eastern Europe”.

In this movie, the Mercs find a catatonic individual in the bunker.  One of them is tasked with looking after him, and he does this by sitting in a room with him, with a chess board and starts playing against himself.  He drops a piece and reaches down to the floor to pick it up, looks under the table and sees a second set of legs where there should only be one set of legs.

Normal things taken out of normal context helps create an unnerving situation.  I started writing the story and decided to give the “Keepers” a hum.  I never really mention their mouths but in my mind, they don’t move.  Nothing about them moves most of the time, they simply are there making the hum.  The noise they make doesn’t sound remotely like language, so we are taking something unusual (an inhuman hum) and putting where there would be something similar, but different, normally.  The inhuman hum replaces speech.

Now, in my mind taking away speech means that you can’t call for help.  The fact that the “Keepers” all appear human, an that the protagonist appears to be changing into one of them reinforces the helplessness.  Miles from anywhere, lost inn the dark with no ability to call for help.  And all of this happened to a normal human being, implying it can happen to any human being.  Including you.

Truthfully, when I set out to write this story none of these thoughts were going through my head.  Aside from “Legs where there shouldn’t be legs”.  As I wrote, something told me to give them an inhuman hum.  It felt right, and I know it has disturbed people when they have read this story or heard me read it at an open mike.  Only now when I look back on it I am starting to understand why those folks were unnerved.

I hope you enjoyed the story, and I hope you found this write up afterwards useful.