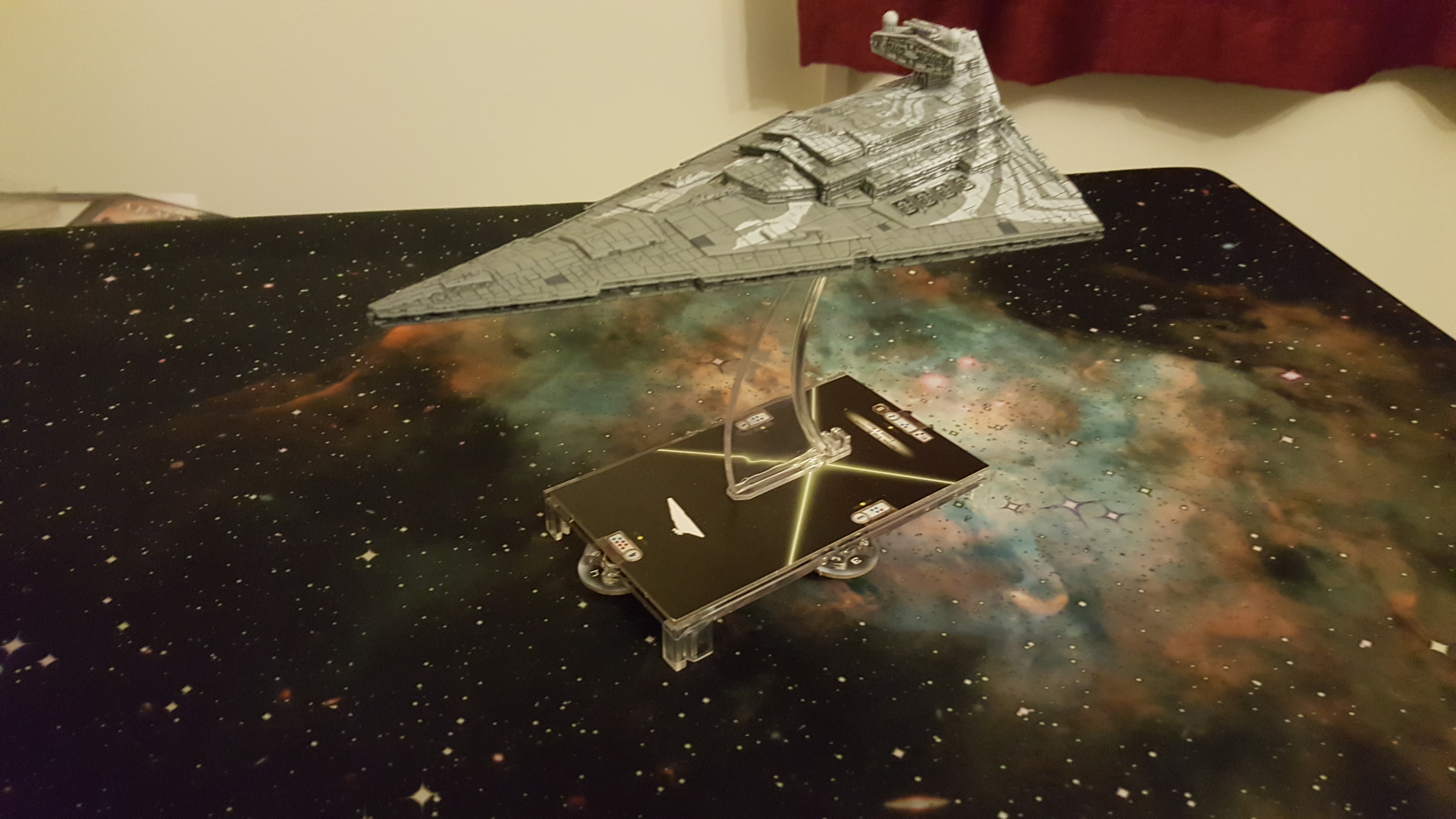 Hello everyone, welcome.  Today I am going to be doing an unboxing for the Wave VII (Wave 7) Imperial Ship, the Imperial Star Destroyer Chimaera.  And if that sounds familiar, then perhaps you are familiar with the ranking Imperial Officer on board, and one of my reasons for getting this expansion.  Grand Admiral Thrawn.  Thrawn is my favourite Star Wars character, certainly outside the movies and I often consider him to be a stronger character than many in the movies, who was a significant force in the expanded universe until the release of The Force Awakens.  Thrawn was, however, reintroduced via the TV show rebels, and the in the influence is evident on this expansion.  You can learn all my thoughts on this on the following video

And just so you can get a closer look at some of the bits and pieces, here are some photos I took

And that is my look inside the box of the Imperial Star Destroyer Chimaera.  I really feel like going and playing spaceships with it now.  Bye for now!