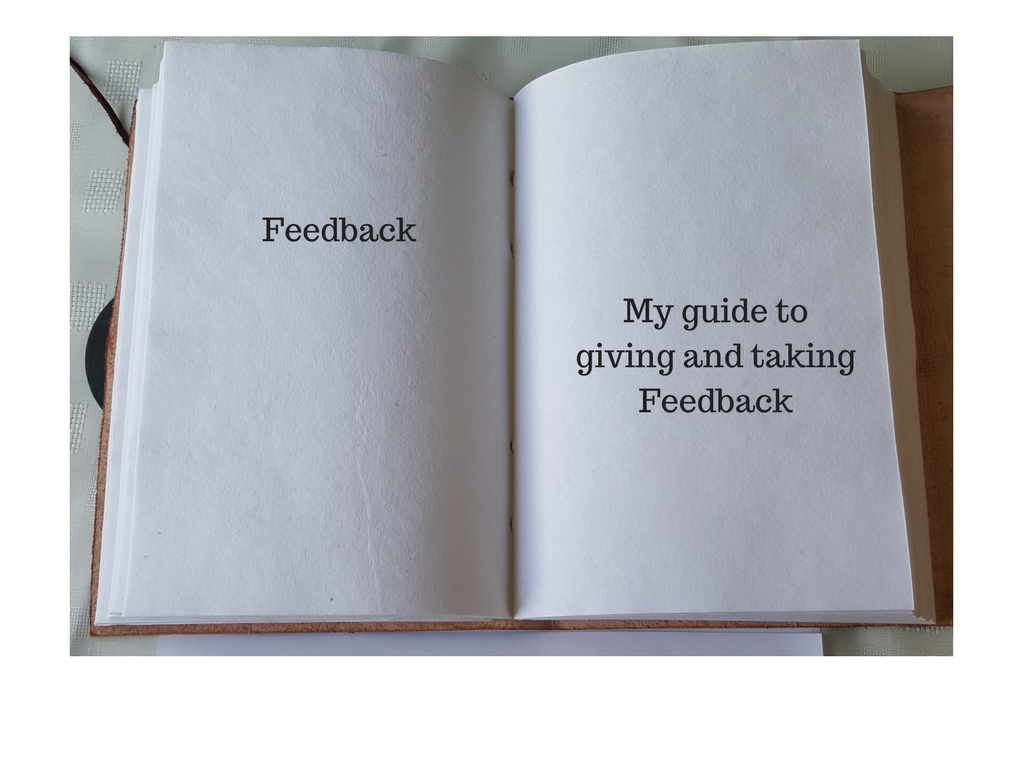 Hi there, you are most welcome here today.

Since we did editing last week, it is appropriate to now do feedback.  If you haven’t read my post about Editing, then click on the hyperlink and have a look through first.  Done?  Good.

To get started, you will need more than one person.  Writing is often a solitary activity but it does require the help of others.  A pair is possible, a group of interested parties is better.  You will also need a piece of writing; between 500 and 1000 words is ideal.  You’ll need two copies of this, and the work you did for the editing post is most suitable, as you already have some thoughts on it. Failing that, any piece of writing of around 500 to 1000 words will do.  I recommend checking out the editing post as I have a number of suggestions on good etiquette.

Right, you have your pieces of writing.  Pass one to the person to your left.  You will also be receiving a piece from the person on your right.  Now, everybody, write feedback on what you have received.  Don’t worry that we haven’t been through any useful information yet.  The purpose here is to just get people started and highlight if you have any bad habits.  Spend ten to fifteen minutes on this.

Ok, now that you have had a chance to practice some feedback, let’s have a look at a few things that can help you.  Because, if no one told you, giving feedback is hard.  Hopefully this post can help you a bit.

So, you have a piece of work from a friend.  They have (hopefully) told you what genre it is, and what they were trying to achieve.  Where do you start? (incidentally, keep an eye out in the next couple of weeks I will be doing a post about knowing what Genre you are writing in, and why it is important)

Read the thing in its entirety before doing anything.

It is all too easy to comment that something doesn’t make sense, and then to find that the answer you needed was actually later on in the piece and what confused you was actually a clever setup.

It is possible because you are looking for the wrong things.  The next thing I say is going to sound really harsh.

Whether you like a piece or not, whether you like a genre or not, is irrelevant to the process of feedback.  The process of feedback is to determine if the writer has made errors, and to determine if the author achieved what they set out to do.  It is not to entertain the editor.  Too many times I have heard people in class saying they didn’t want to give feedback on a piece because they didn’t like the genre.  Tough.  Get over it.

The writer can help the reader here by asking specific questions.  I listed some of the helpful ones in my Editing piece.

You are critiquing the writing, not the writer

This should be self-evident, however it is very important to re-iterate.  Your comments and feedback should be about what elements of writing don’t work.  Not what the writer did wrong.  It is a hard task giving, and receiving feedback.  Everyone is better served when feedback given is impersonal.

I cannot emphasise this enough.  In my many years of writing I have (thankfully not that often) received some useless feedback, and in many cases it was due to its lack of specificity.  An example,

That was a single note added at the end of my piece, with no explanation.  That was it.  Ok, I thought, I won’t.  Which ones are you talking about?  I hadn’t realised I had used any, or I would have avoided them (dare I say…) like the plague.  I didn’t know what the reader meant so their feedback was useless.

Another favourite of mine, and I get this frequently, is “Your sentences are too long”.

I do like long sentences.  I also like short sentences, and I like sentences of middling length.  So, that feedback on its own wasn’t helpful.  Were there extraneous words in it?  (In one case I can recall I checked.  I could chop one word without changing the meaning.  So I did).  Or did the reader simply not like long sentences?  Was the idea conveyed too complex for one sentence?  Would the pace have been better served by several short sentences? Certainly some sentences are too long, but in the case of feedback if you think there is a problem you need to say why.

An example of how the same feedback could have been useful is:

Avoid saying things like, ‘avoid clichés like the plague’.  It is an overused phrase and is therefore cliché.

That would have helped.  Another example would be to say:

That sentence repeats the same idea multiple times, and it is not necessary beyond the first and could be cut down a bit.

Where possible, or unless asked, avoid offering alternatives

Remember, the piece you are reading is not yours.  Your words may not be the best option when changing something.  Simply, specifically, highlight what is not working for you and why.  Then allow the writer to determine the correct course of action.  Of course, if the writer asks for your opinion on what you would do, then by all means go ahead and offer any advice you have.  Just remember to check your ego at the door, it is their work not yours.

And finally, answer any questions the writer gave you

It is good practice for a writer, once they have edited their work, to think of things they want the answers to and ask them of the people giving feedback.  If the writer has made that effort, do them the courtesy of answering.  They have made your job just a bit easier by doing that, so, help them out.

Ok, those are my major points for feedback.  There are probably other helpful things you can do, and if you know of any, please feel free to comment on this post.  I may even incorporate them into this work, since none of what I am sharing is new, ground-breaking or original.

Now, you have one copy of your work left.  Pass it to the person on your right, and receive one from your left and take 15 to 20 minutes (or as long as you need) to write feedback.  Then collect your piece, both of them if you haven’t already, and compare the two.  Maybe there won’t be many differences, because everyone has different abilities, and maybe there will be.  Compare the two, the second piece given is (hopefully) more helpful.  Though that is not to say the first feedback is not helpful, only that it may have been less polished.  Either way, you have two pieces of feedback now and that can only help you.

However, now I must share with you something incredibly important.

In my last post I mentioned there were four rules of editing and feedback, but I only covered the first three at that point.  They were:

First – Know what you (the writer) are trying to achieve.  This ranges from as broad as what Genre you are writing in, to what effect you want to have on a reader at a specific point.

Second – Ask those feeding back if you achieved what you intended.  People providing feedback will undoubtedly provide more, however this is the first opportunity for you to find out if you are having the intended impact.

Third – Be open to the feedback.  You may not always like what you hear, however going through the process will improve your writing and help build your resilience, which is a necessary attribute for a writer to have.

I will now tell you my fourth rule, and I believe it is probably the most important.

As the writer, you are free to ignore any feedback/advice at any time if you disagree with it, so long as you have good reason.  This rule also encompasses the rules of writing, in which I would say you are within your rights to ignore the rules of writing.  However I would not be so cavalier to do so as the rules can help inexperienced writers.  In this case my rule is about ignoring feedback and advice from others.

This seems to contradict my third rule, about being open.  It doesn’t contradict it at all.  You do need to be open to feedback, however, if after hearing your feedback and considering it you have decided it is not appropriate to make any changes based on it, then you as the writer have every right to disregard it.  And the person feeding back should not argue.  It is your piece, and sometimes the reader is wrong.  They may have missed the point of your writing, or they may have forgotten to check their ego before reading.  I have personal experience of that, where a person gave me feedback which I disagreed with.  I thanked them and explained why I wasn’t going to follow their suggestions.  They then argued with me and told me I would never be a good writer if I didn’t follow their advice.  I never sought feedback from them again.  They were not trying to help, rather they were trying to prove how clever they were.  And I still disagree with their feedback, so in that respect they failed.  Don’t fall into that trap.  If your feedback is rejected, move on.  The writer has ultimate responsibility for the success or failure of their work.  They are free to make any creative choice they wish.

Ok, I think that just about wraps up what I have to say on feedback.  What are your thoughts?  Do you have any tips you would like to share?

All the best, and see you next time

1 thought on “My guide to giving feedback”