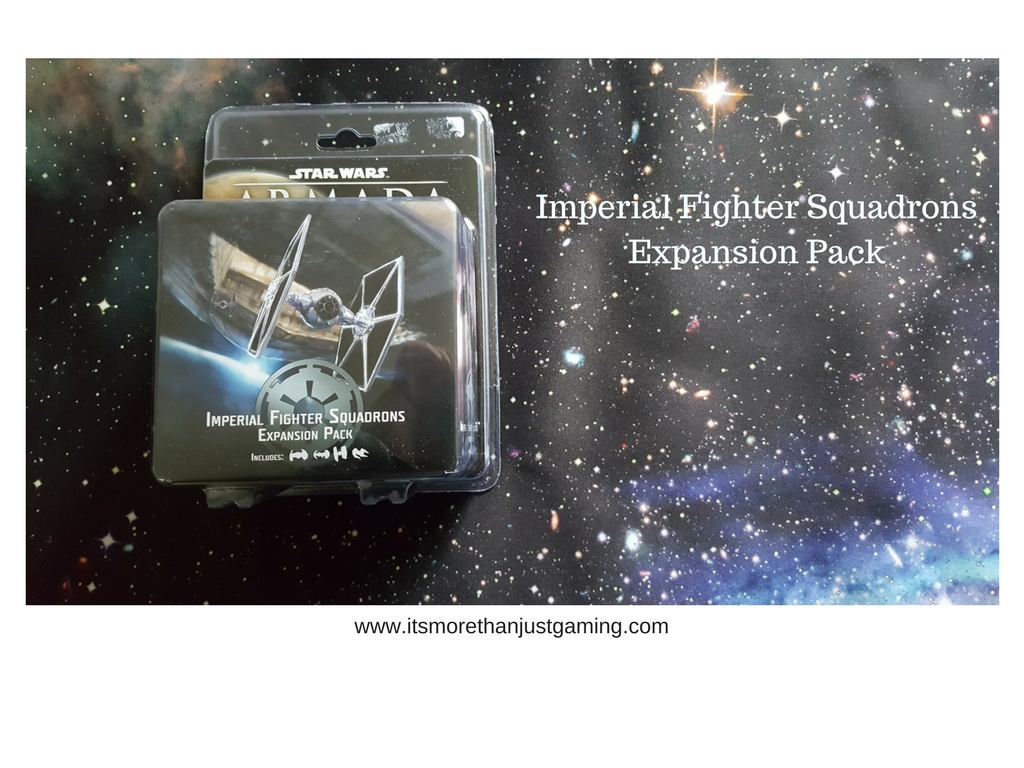 Today I am sharing a video I did of a recent purchase, the Imperial Fighters (1) box for Star Wars Armada.  This is not new, in fact it is old and was out of production for a while meaning I couldn’t get a copy (not without paying exhorbitant prices, and I try to conform to some Scottish Stereotypes whilst flagrantly ignoring others…).

Whilst I was putting this video together I actually realised that I had a favourite combo for the cards included.  The base Tie Advance flying in close formation with Mauler Mithel and Soontir Fel.  Rebel fighters would be obliged to target the Tie Advanced, which if Fel is close enough triggers his ability on their turn inflicting damage on attacking fighters.  Then, assuming he is in range Mauler Mithel would also inflict free damage on his turn.  This makes attacking the Imperial Fighter Screen a dangerous proposition, and potentially allows the imperial player to slip a force of bombers in to bombing range of rebel cruisers, or at the very least prevents the rebel fighters getting close to the Star Destroyers