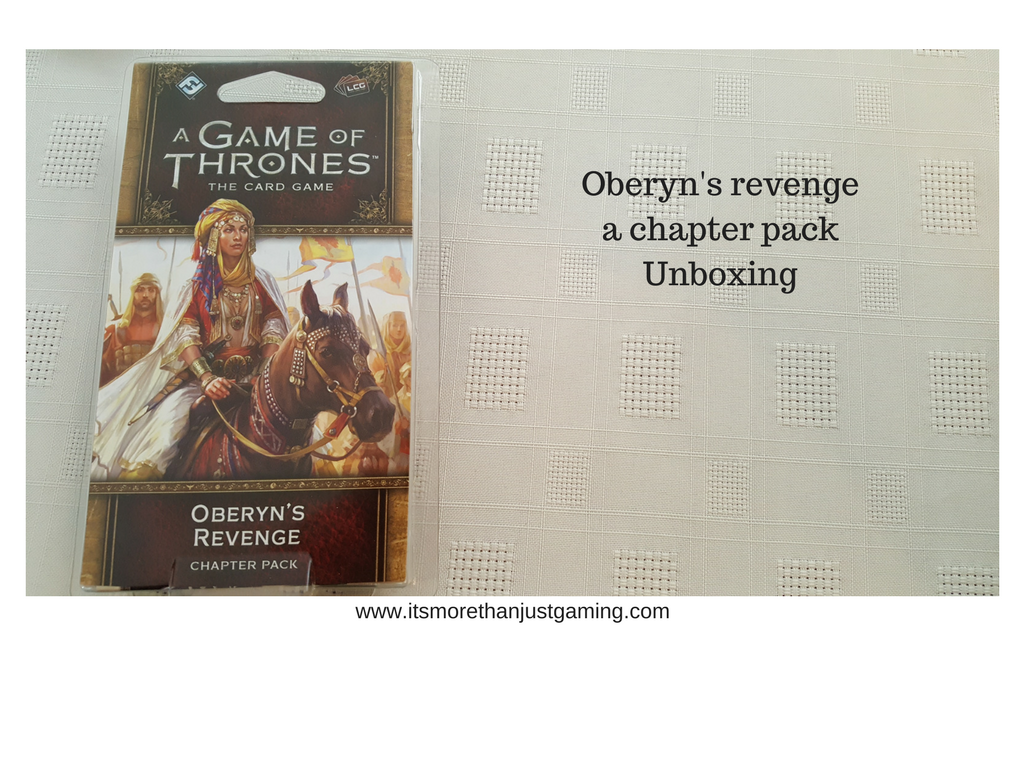 Hello everyone, welcome.  Continuing with my recent addiction, this article is an unboxing video and supplementary comments for the Game of Thrones Card Game Chapter Pack Oberyn’s Revenge.

Not a bad little pack, with some pretty decent cards in there for various decks.  I think my favourite cards are Defender of the Wall, Stannis’s Cavalry, Iron Victory and A Task for Every Tool.

I have said before I am not an expert on the Baratheon Deck, however I just like the Stannis’s Cavalry card as it is powerful and capable of blocking in specific characters.  Add to this you could theoretically have three of them on the field with different gold values, suddenly the supremacy of the Lannisters or Greyjoys is in question.

And, what can I say about Iron Victory that I didn’t already say on the video?

I love the fact that many Greyjoy locations are warships, rather than towns or roads.  I just think that is great fun.  Iron Victory makes Victarion Greyjoy even more powerful than he already was and, the main reason I like warship locations for the Greyjoys is they give a major powerboost to the Drowned Men.

The Defender of the Wall is a  good, cheap way to prevent character death – particularly early in the game – and A Task for Every Tool simply allows the Lannisters to field more of their already formidable forces faster.

So, that has been my opinions on Oberyn’s Revenge.  I hope this was in some way interesting to you.  Tell me your thoughts in the comments.  Bye for now!