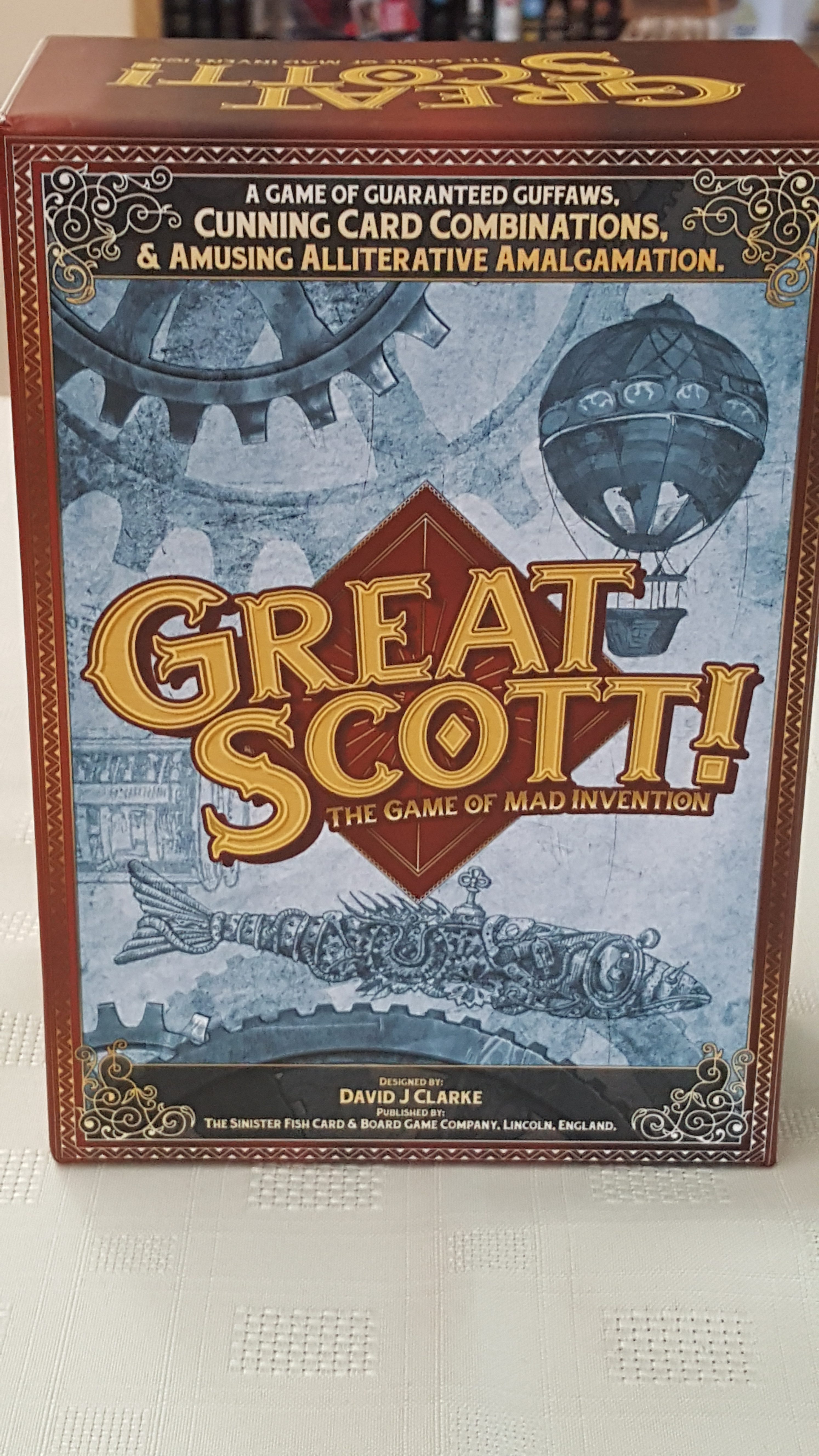 It is the time of industrial ingenuity.  It is a time of Empire.  And Queen Victoria has summoned the greatest inventors and scientists within the Empire to attend upon her.  Their charge, to invent the most useful inventions for the expansion of the Empire.

Great Scott is a game for three to five players, where each player has a hand of 10 cards with five decks in the centre

The decks are primary concept, asset, central concept, asset and final concept and each hand is made of two cards from each.  Inventions are made by using one card from each of the concept decks and two asset cards until you have a description in front of you that takes the same format as the central decks

Players then give out commendations to the two players they thought did the best in their desciptions.  Each invention is then scored.

Each part of the invention has a points value.  For every matching concept (Transport, Productive, Destructive.) you get a bonus.

For each matching Asset (Animal, Vegetable, Mineral) you get a points bonus)

And finally, you get bonus points for the level of alliteration your invention has

This is then repeated 2 more times so that everyone has a chance to build three inventions.  At the end of three inventions, scores are totalled up along with the commendations being added and a winner declared based on points.

This game was a lot of fun, and it was strange that the person who won got the fewest commendations.  He had invented stuff worth lots of points but was let down by his descriptions, but managed to steal victory because the inventions themselves were valuable.

For me, and I think for most, the fun part was the describing the inventions.  I was quite pleased with my first invention to overcome the slow flight speed of bats, where unsightly rockets just aren’t good enough.  However, perhaps the funniest invention came from our youngest player who didn’t think she would be able to describe her inventions then proceeded to invent a device and describe perfectly exactly how the Dodos became extinct…

This is a relatively short and fun game for people wanting to just have some silly, creative fun.  Recommended.