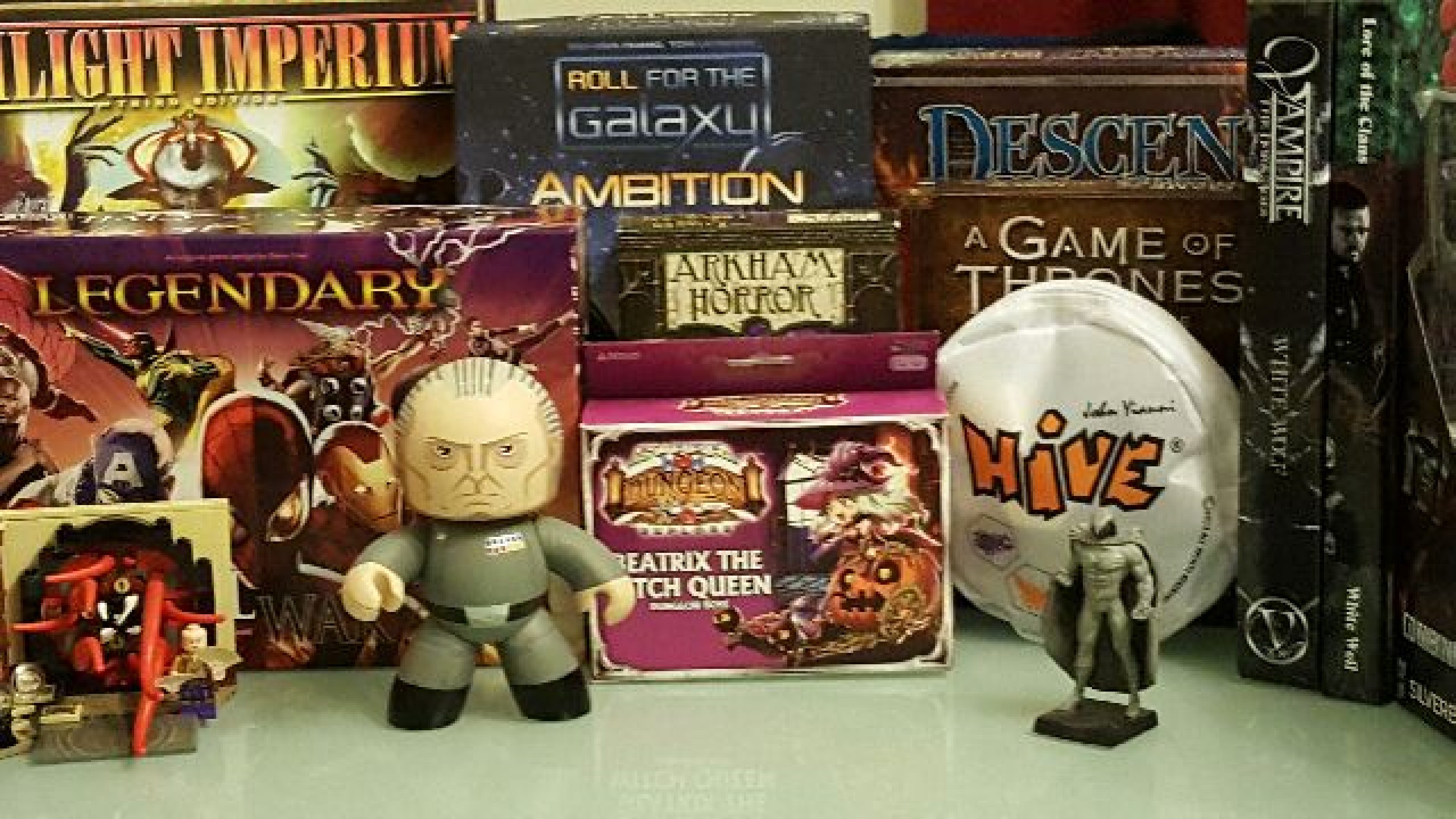 Let’s have a discussion about gaming and its relationship to writing.  I have previously spoken about how gaming helped me be a better writer, allowing me to understand the relationship between plot and story to a higher degree, or at least to be able to explain, my views on this to other people.  I want to flip this around a bit.  It recently occurred to me that being a writer helped me be a better gamer.  This post is about roleplay.  I realise that is not for everyone, and that not everyone has experience of this media (at least not outside the likes of Skyrim) though I hope everyone can find something of value here.

In a roleplay game, players generate characters and then play through a story plotted out by the Gamesmaster.  That is the 10 pence version.

I have frequently talked about a game I play in, Vampire the Dark Ages.  I play a character who calls himself Ethan and who styles himself as a simple hunter.  There is more to him, of course.  When I created this character, I had an idea what I wanted him to be.  As we were playing a game of Vampire, I had a lot of mileage here.  I asked myself, who do I want this character to be when he is 300 years old?  What about 1000?  Both are possible, after all.  As I was watching an episode of Sherlock at the time, and Mycroft Holmes was a big part of the plot I thought about a character who knows all the secrets and who runs the show behind the scenes.  So, I pinched the name, and then extrapolated back.

I asked myself, how does someone born in the Dark Ages become someone like that.  I also asked why.

Years ago, I created a Lawful Good Dwarven Cleric in a Dungeons and Dragons game.  I forget his name.  There was no back story, no motives, he was a stereotype.

I have seen plenty of games where people simply roll the dice or allocate their stats, pick their abilities and don’t bother with details of the character.  Some games go so far as to allow you to roll a dice to generate the background.  I was guilty of making stereotypes in my early games, and I believe I have made several comments on previous posts about my opinions on dice generated backgrounds (I hate them when applied to a a game that is meant to last longer than 1 session).  Anyway, back on topic.  I was talking about situations where players don’t do much more than roll for stats.    When this happens, games are impersonal.  They are still fun, but you are not playing characters so much as you are playing elements of plot in the Gamesmaster’s story.  Imagine if the Gamesmaster then said that you get back to the town, after looting the mine, you spend your gold in the shop upgrading your gear and then says, “Ok, what do you want to do next?”

If your character doesn’t have a back story, only a stat line, then perhaps you struggle with an answer.  That being said, I have several players who have very detailed backgrounds that still worry a little over the “What do you want to do next” thing.  In their case I suspect it is more about not being sure what they can and cant ask for and hopefully that will smooth itself out.

Not having an in depth background can be a disservice to the game.  I say can, because it won’t be for everyone.  Sometimes you are happy with a team of statlines going on short adventures looting the dungeon or overthrowing the corrupt sheriff.  In a game like that, where people are just wanting to roll some dice and use their skills to solve the puzzle or defeat the foe then it is perhaps less of an issue.

For me, for the games I run and play in, I like to have a more personal game.  Admittedly I am new to this outlook on roleplay.  I have to admit it was hard to break the habit of allowing stereotypes that simply fit into plot.  Now, I am running a game where there is a definite plot but it changes depending on the characters in the game.  This isn’t easy, but it is fun.  The next campaign I run won’t have a definitive plot.  It will have characters.  It will have events.  And it will have antagonists who have endgames, but with no finales written.  This will allow me to create a story driven game, driven by what the players want.  This will only be possible if the characters in the story, created by me or player are detailed.  Then, it doesn’t matter if I don’t write their finales.  They have their motives and the only problem I will face is having a fun reveal for the players that isn’t preplanned.  (The reveal is less of a problem than the foreshadowing).

On another, related note, I started writing the Mycroft Journals in response to my Dark Ages game.  This has been a fun and interesting exercise as it is growing a small but loyal fanbase.  However, it has problems that would not arise if I were simply to devote my time to writing a pure fantasy.  One of my readers commented at the lack of female characters.  I couldn’t dispute that.  In the first 15 parts, there are 2 female characters and only 2 real, meaningful, interactions with them.  Since it is a serialised version of a Roleplay Game, this actually made sense.  Myself and the other (male) player both created our (male) characters and then went out to adventure in a male dominated world.  However, it got me thinking.  My character, Ethan/Mycroft might live for 1000 or more years.  He isn’t going to spend the entire time perfecting his skills or going from adventure to adventure.  He will have a private life, personal interests and even friends – just like in any story.  So, being a good little writer and a good little gamer I asked my gamesmaster, would he mind if I created a female character for me to encounter in my story?  Basically, if the game was a movie about me, she would be the female lead.  He had no problem with that, so I wrote a character for the game that could be inserted at any point, outlining the sort of things she would do over her lifespan.

I then asked, can I do one for the other player too.  He said sure.  So, I wrote a character to be the female lead in his movie.  Which proved to be a boon to the Gamesmaster when he asked us  “What do you want to do next” and I gave him a list with explanation, whereas the other player wasn’t quite comfortable with his character yet so wasn’t able to generate as many ideas (I think they will come as the player gets more into his character).  Fortunately, his female lead had story ideas attached to her that matched with a plot idea the Gamesmaster had, so that player got an adventure as a result of that.

This post probably sounds preachy in places.  I am not trying to preach, just sharing what has made a good experience for me.  I have said before, it boils down to what your purpose in playing the game.  If you are just looking for an action adventure hack n slash then a statline is fine.  However, if you want a really immersive roleplay experience (and given the popularity of MMOs, I have to assume people do want that), then it is a good thing to write a detailed background (parts 1 to 3 of the Mycroft Journals are background, weighing in at around 4000 words), it is good to have antagnists but no finale mapped out, and it is good to have players contribute to the world.  And, this one is particularly directed at roleplayers, though I think it holds true for all gamers (and social interaction in general).  In a roleplay game, there is a gamesmaster who frames the plot.  However, everyone at the table shares in the responsibility for making the game a success.  The gamesmaster certainly has to put some plot in place, but it isn’t fair to expect them to do it all.  As players we can help by making our characters as rounded as possible, and contributing to the world that we play in.  It boils down to everyone being there to have fun together and sharing the load, and ultimately turns a dark roleplay game where one of the characters has a harrowing experience that he tries to solve with bloodletting (Mycroft Journal Entry 013: Bitter Blood) and makes it into a community thing. (Granted some games are more adult communities, but my point stands).  It carries on to boardgames, helping the owner set up and take down, being courteous and listening to the rules and paying attention to the game if you asked to play.

What traits do you have that enhance yours, and your friends gaming experiences?

4 thoughts on “It’s more than just gaming: How writing made me a better gamer”