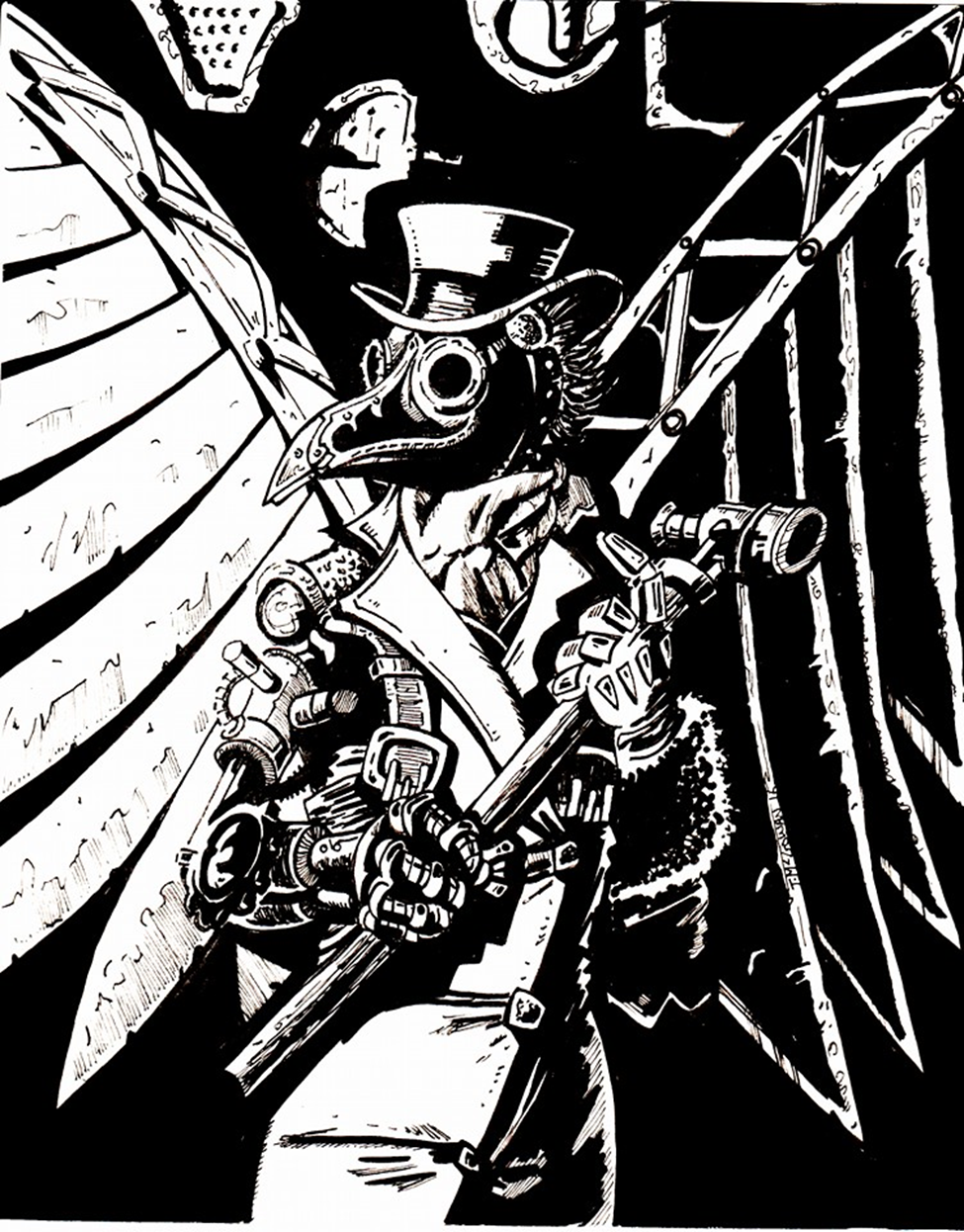 Since leaving University last year, I have been trying to establish myself as a Proof Reader & Editor to support myself whilst I write my first bestseller.  Not necessarily always the most exciting work, but it is fulfilling in its own way.  And as it happens, fortune smiled on me in the form of the Dark Trails project.

Dark Trails is an indy game designed by David Baity, based on the RPG system Dungeon Crawling Classics.  Dark Trails uses similar dice and character mechanics to DCC, but is an entirely different setting (which is all above board and legal because DCC has D20 Open Gaming license, from what I understand).  I should probably mention, I had a look at DCC rules system.  The mechanic for play seems solid, but I have to say I was not over keen on the character generation system, which is to generate 4 or 5 random peasants at level zero and then play until some of them survive long enough to become a level 1 something.  I disliked the randomness; character creation is about starting a story for me.  I don’t want random.  I was also not keen that race and class were one and the same.  That all being said, I know several individuals who have played in this system and they enjoy it, so perhaps the system has its own charm.  Whereas my preferred method of roleplay is to use a system that allows full control at creation, where I can write the full background and pitch a story idea to the games master, I can see the appeal from an improv point of view in rolling random and seeing what you are left with after the first dungeon.  Either way you like it, the the play mechanics seemed sound, and are a good basis for the Dark Trails game.

Dark Trails is an RPG set in 1870 in the Wild West.  You’d have to expect that with a name like Dark Trails!  However, the game is not simply guns’n’gambling Wild West antics.  It is an alternate reality where in 1865 a cult starts 2 rituals.  One of which succeeds, the second fails, with the net result of the Great Old Ones of C’Thulhu Mythos wakening up and influencing the mortal world.  Simultaneously, a series of earthquakes reawaken long dormant ley lines releasing magic of a more benevolent nature into the world.  It is the influence of the Elder Beings and, sometimes, Ley lines that create the various character classes in Dark Trails that the players get to choose.  Ranging from Sin Eater (an agent of Charon) to my personal favourite, the Bedlamite (A wacky magical inventor – the featured image is a Bedlamite, Artwork by Todd McGowan whose gallery is HERE).

My job has been to go through some of the written work, specifically the character classes, and polish up the language a bit and give feedback on content.  I have high hopes for the game, as I really like the idea of playing as part of a group of desperadoes or something akin to the Magnificent Seven.  I’ll be the one tinkering with the magically powered train, getting his butt kicked until level 4 or 5.

Dark Trails doesn’t currently have a website, but there is a Google Plus community you can join HERE.

2 thoughts on “The Dark Trails Project”